Little Lingo Learners: The Importance of a Second, Third or Even 5th Language 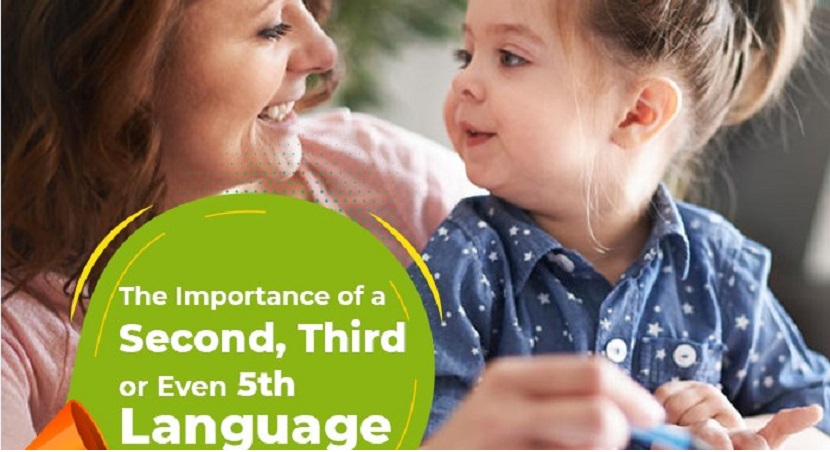 This morning I had a very interesting discussion with two new parents.

They were both here to settle their children to eventually attend Leap Start Early Learning Child Care.

The visiting father spoke 4 languages: Hindi, English, Sanskrit, and his local dialect from West India, and the visiting mother and her husband spoke Thai and Vietnamese at home.

There was a worry that too many languages might be overwhelming for a child to learn simultaneously, however being German myself and  married to an American, with a son born in London, I have done a lot of research on the subject:

Children’s brains develop most in the first 5, the so-called formative years. However, most new brain connections are made during the first 18 months of their life. I always envision a child’s brain to look like a firework exploding in all directions.

As a parent we should predominantly teach our children our own mother tongue, this is the one we speak and pronounce perfectly.

They will learn the language of the society they live in through, Child Care, School, and peer interactions.

If a child has not been exposed to certain language sounds by 18 months, the ability to distinguish them might diminish dramatically.

Rachel, our wonderful Mandarin Teacher goes daily through the rooms and engages with the children on their level in Mandarin by reading books, having conversations and playing or singing with them.

Children are amazing learners; they are able to cope with a lot more and learn so much faster than we might give them credit for. If it’s too much for them, they will let you know by their behaviour, however as long as a different language isn’t forced on them and learning is made fun- there is nothing to worry about…

Little Lingo Learners are part of the Accelerated Neuro Response Approach, our very own pedagogical Approach we are continuously developing – we know how important it is to give your children’s brain every opportunity to form these important connections by, amongst other things, exposing them to a different language.