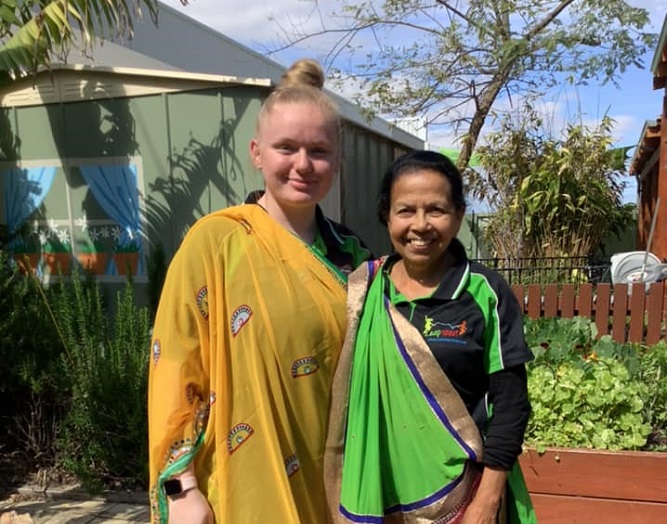 The members of our Leap Start Family come from all corners of the world.

Our ethnic backgrounds are very diverse and skin, eye, and hair colour and texture vary greatly.

We embrace each and every aspect of each other’s individuality and diversity and are ever so fortunate to be learning ongoing about each other’s cultures!

Here are the seven reason why we should embrace multiculturalism

If we understand each other better, conflicts and misunderstandings will occur less.

“According to the Harvard Business Review article “The Myriad Differences of Diversity in the Workplace,” teams that include members from multiple backgrounds and experiences work more creatively to innovate and solve problems.” Source Xintex

This may sound a bit over the top when talking about early Childhood Education, but your children take their first steps towards being a global citizen with us.

It’s part of who we are after all and at times it’s just that extra bit more reassuring. That’s why we focus here on Leap Start to reflect the diversity of our families and children in our team of amazing professionals to the

Research shows that from the age of 18 months children lose the ability to distinguish linguistic sounds they haven’t been exposed to. This makes it so much harder to learn a second and third language. By exposing your children to all kinds of languages and having embedded language programs hopefully your child will have it a lot easier.

It’s so much more fun if we have common experiences by sharing special events and celebrations.

Just look at the photos of the celebrations in the last 4 weeks:

Cooking up a storm for and with our treasured team member who could not celebrate it with their family overseas. Ying,Jane, and Joanne taughtus how to make moon cakes and traditional dumplings before we shared a delicious dinner together.

Of course, our children enjoyed their own moon cakes. 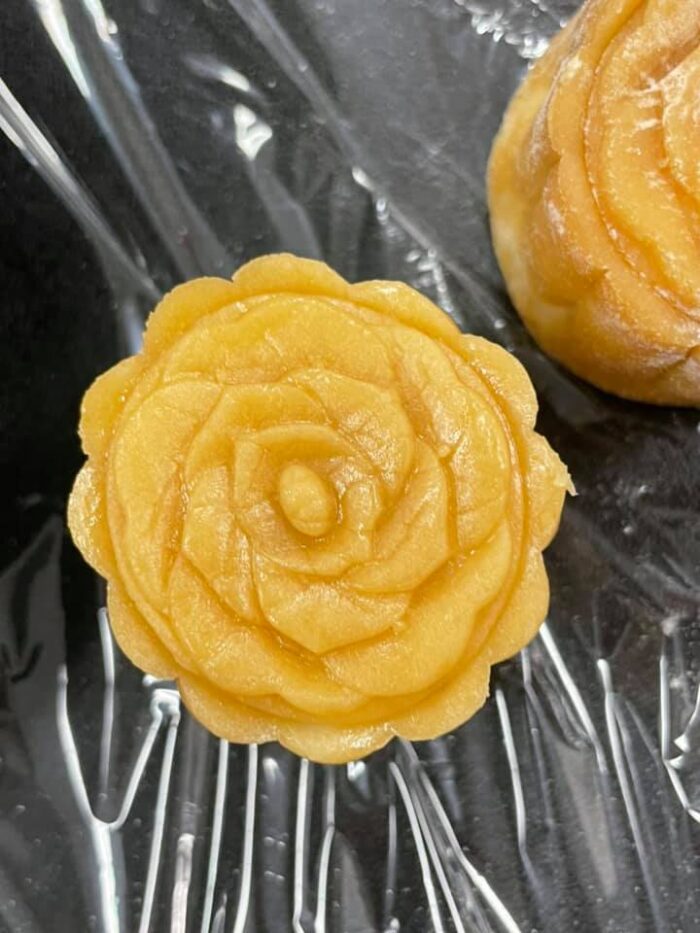 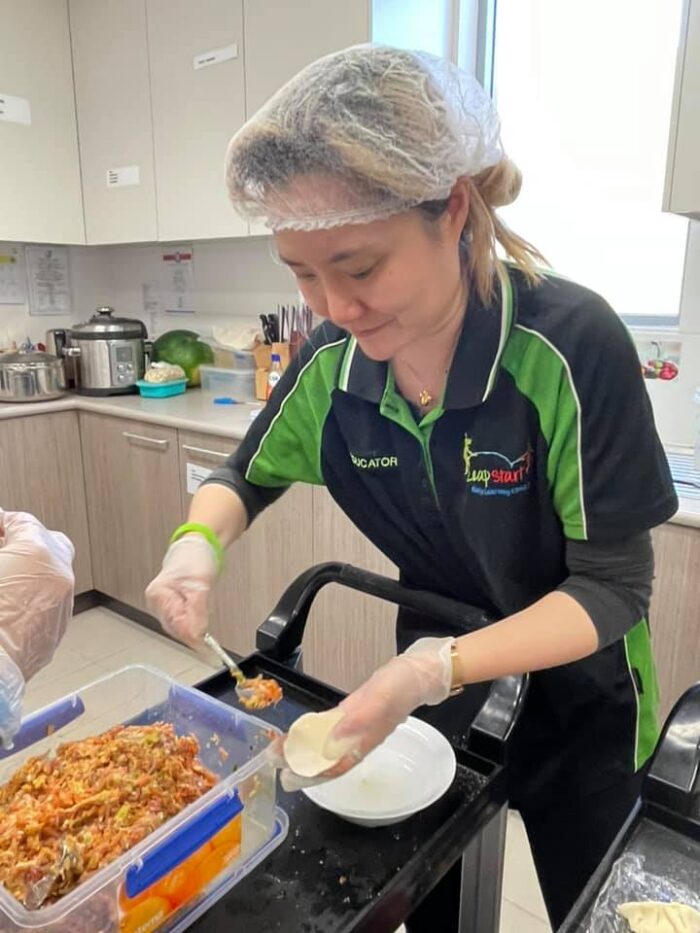 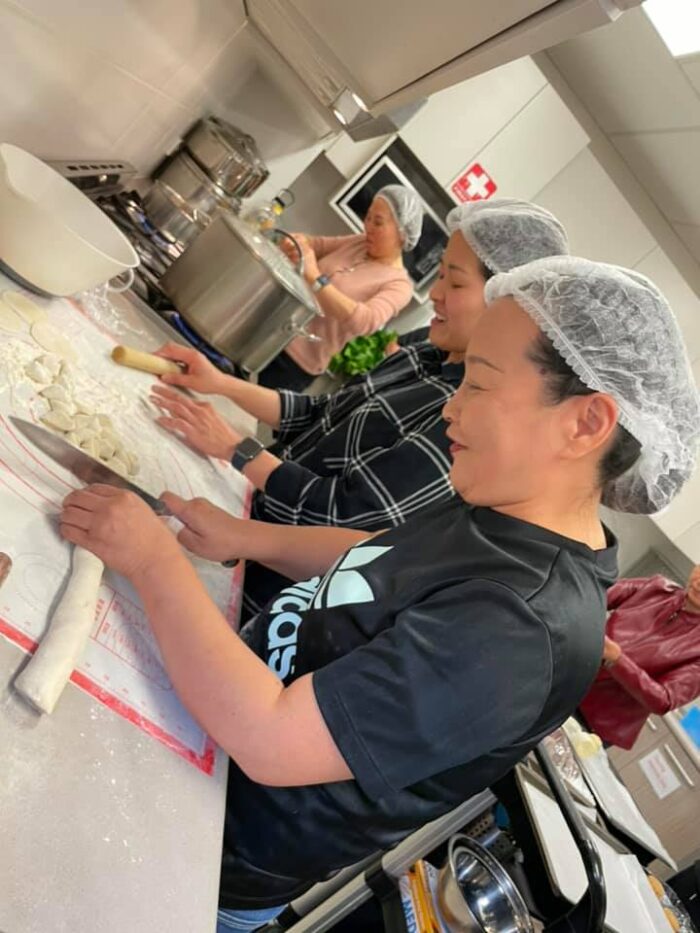 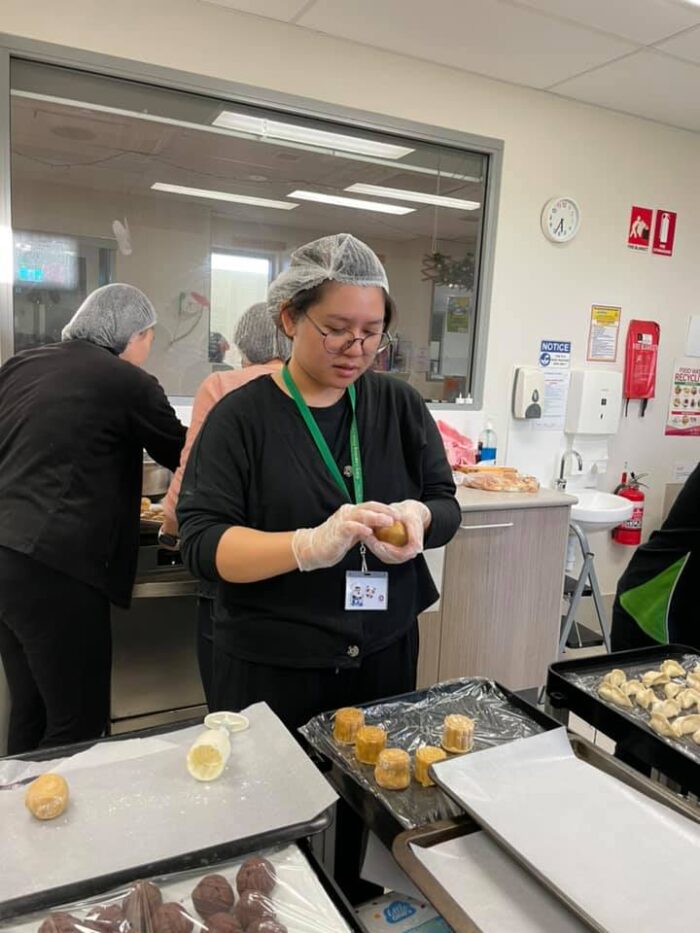 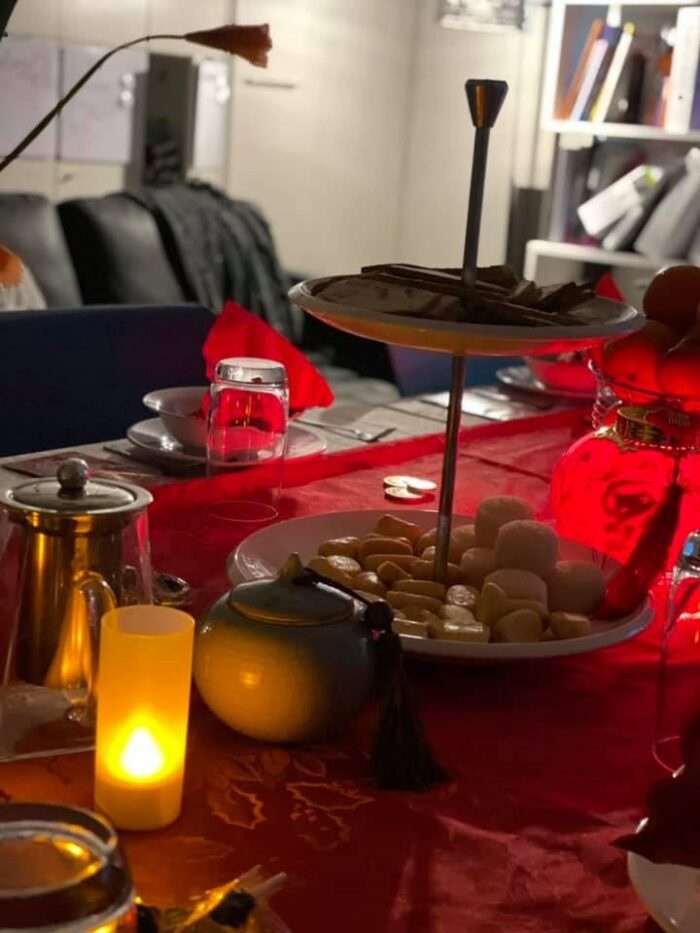 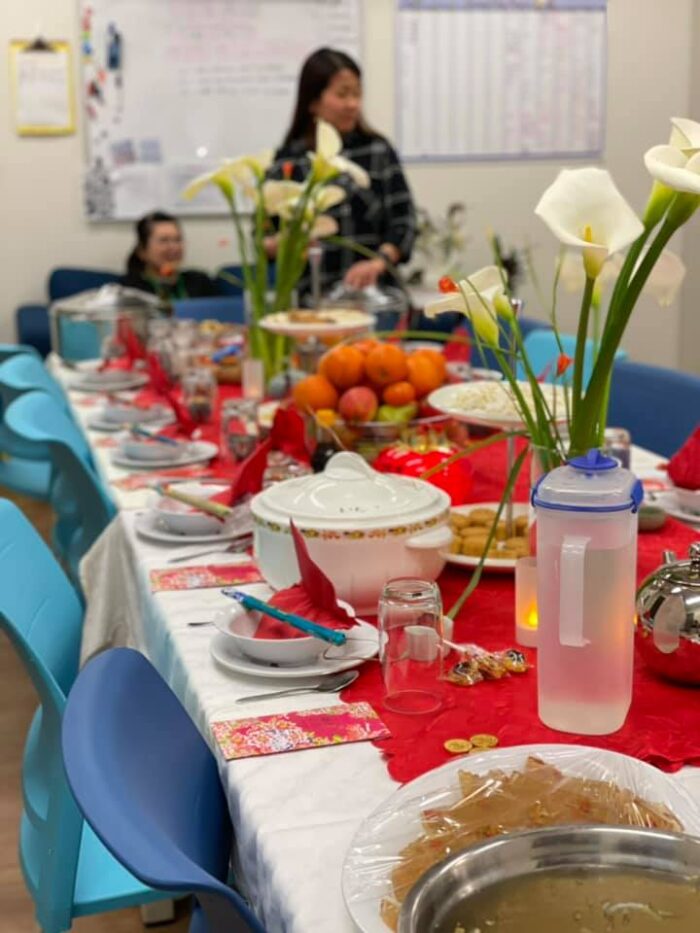 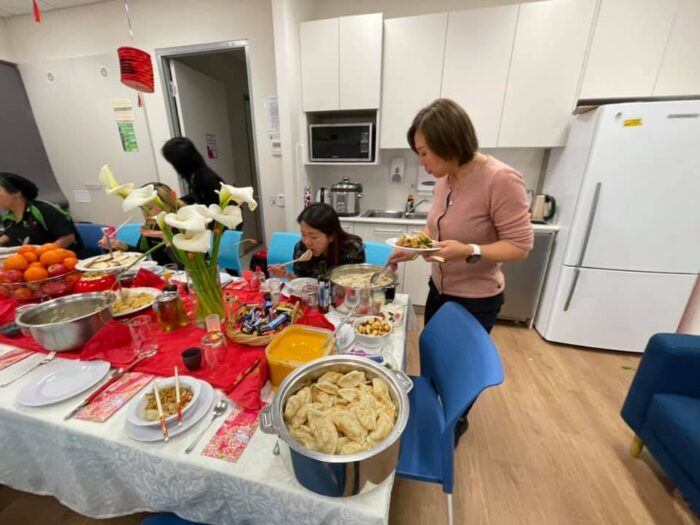 Ramona and B organized fresh Brez’n and Weißwürscht as well as gingerbread hearts for Oktoberfest – It’s not all about beer! 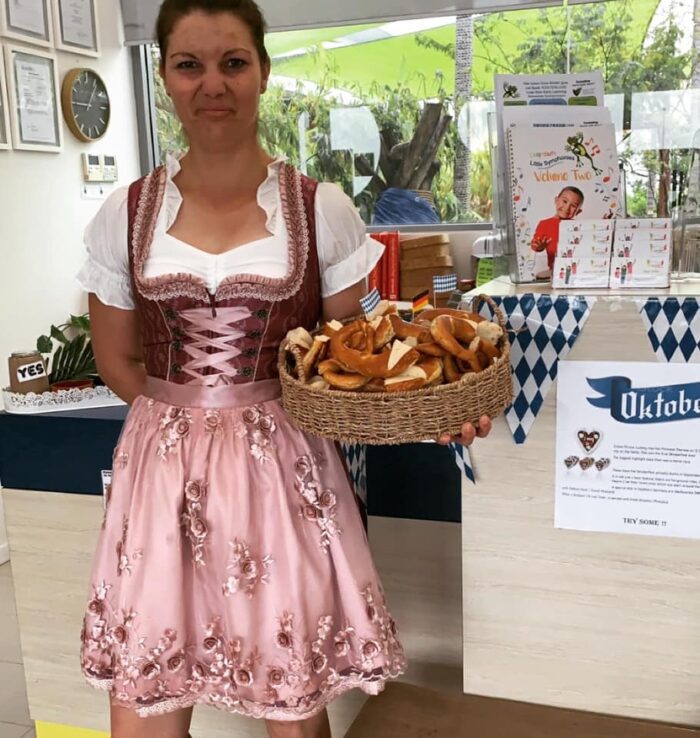 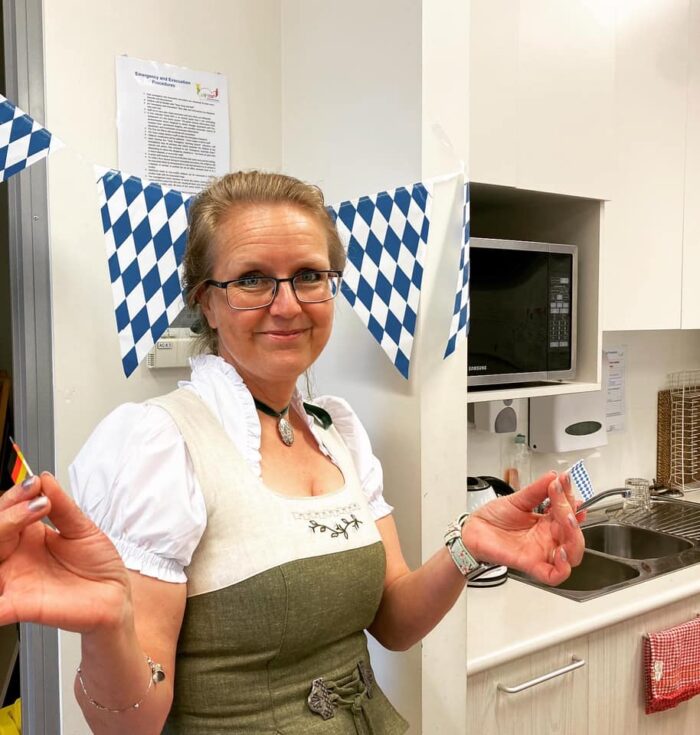 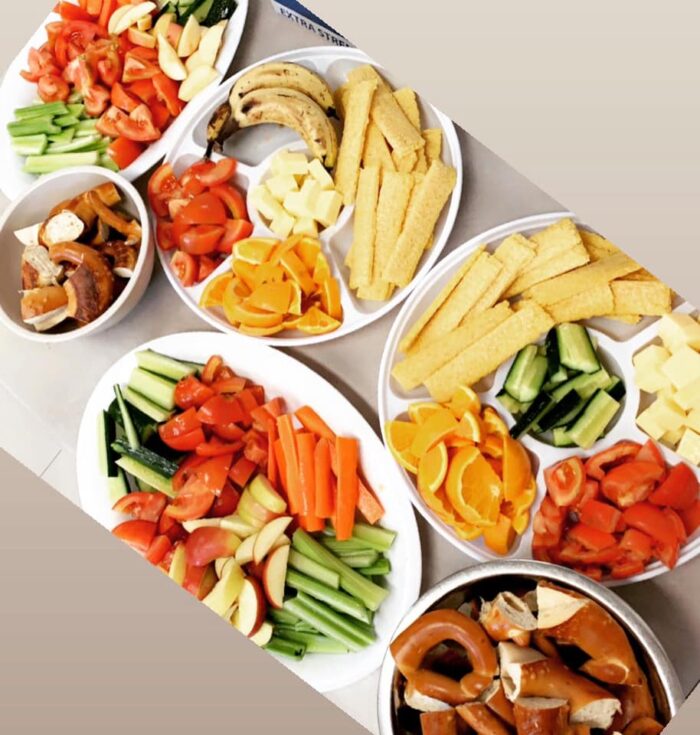 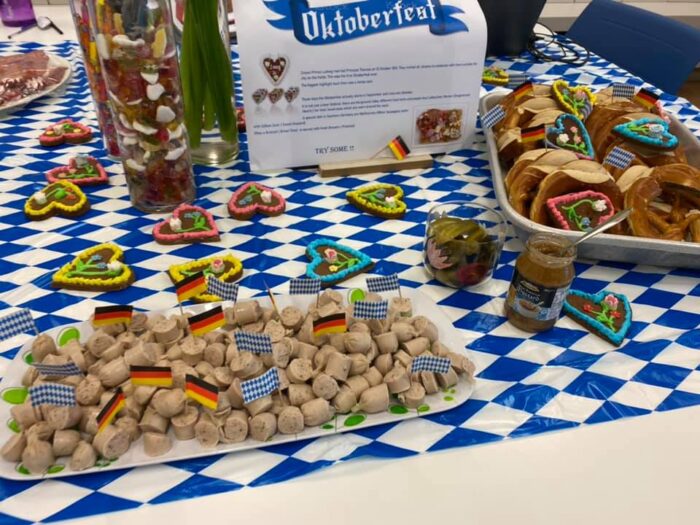 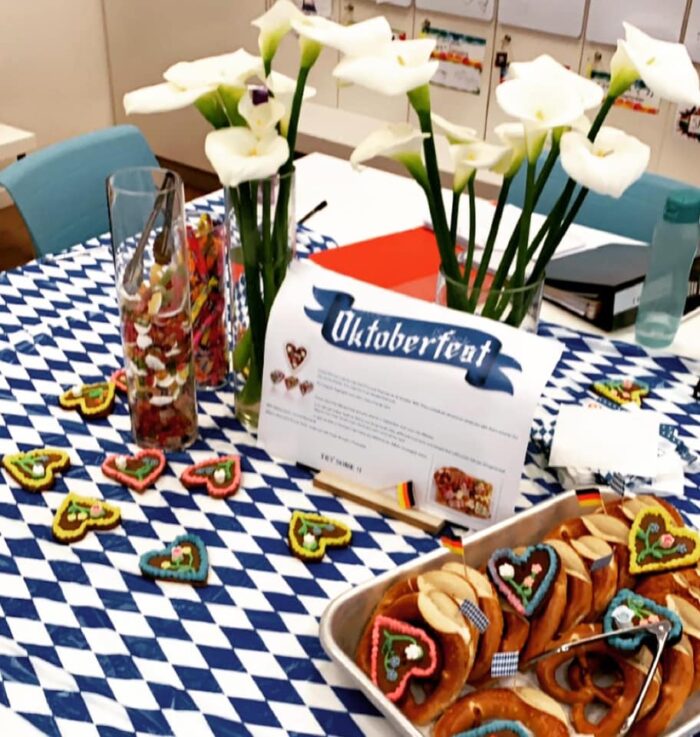 Madhavi and her gorgeous girl Shanaya invited all wear their traditional clothes to join in dancing to celebrate the “good” overcoming the “evil”. 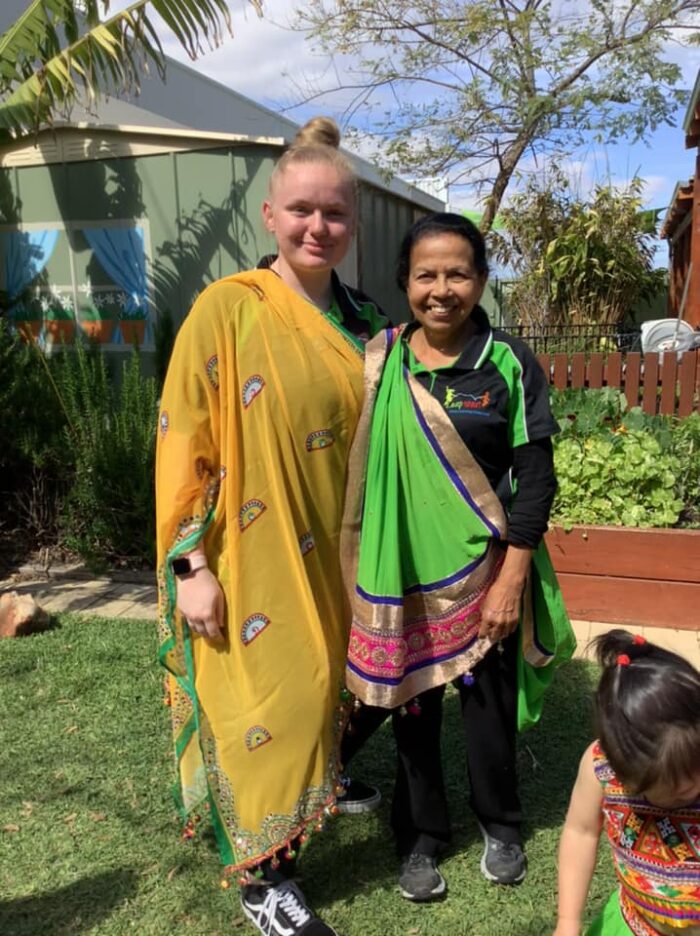 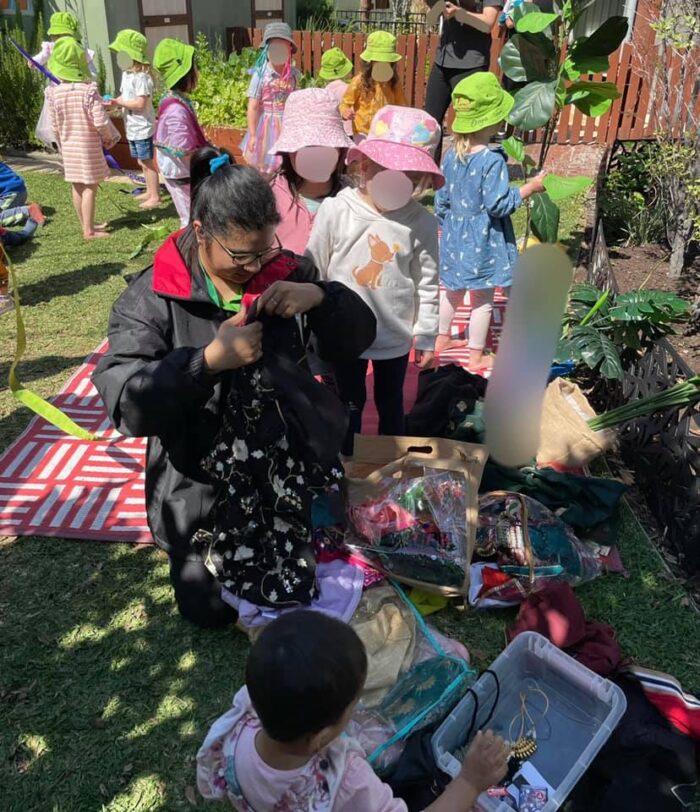 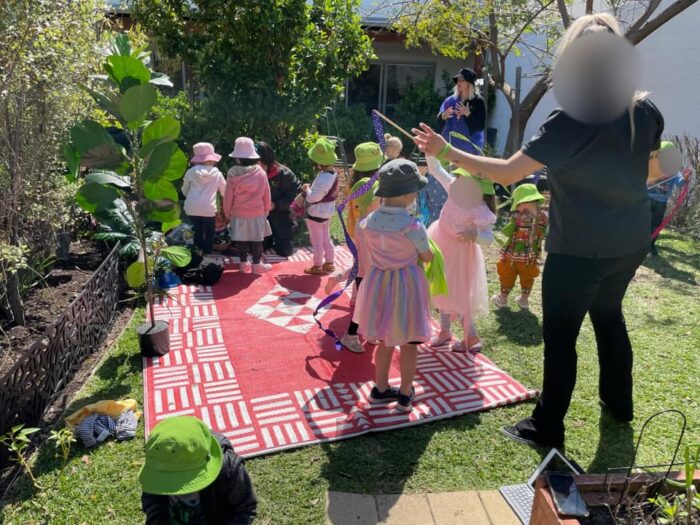