A Mia Mia for Leap Start

6.30 am Saturday, October 30th I met up with Neville, Kev and Toni to Boddington to harvest paperbark for Leap Start’s Mia Mia, Neville is going to build with the children and staff.

I was very excited to be allowed to join, observe, learn and be hands-on involved!!

It was a glorious sunny day and once arrived in Boddington I met the owner of the property we were harvesting the paperbark from: Kim Hames, former Deputy Premier of Western Australia. 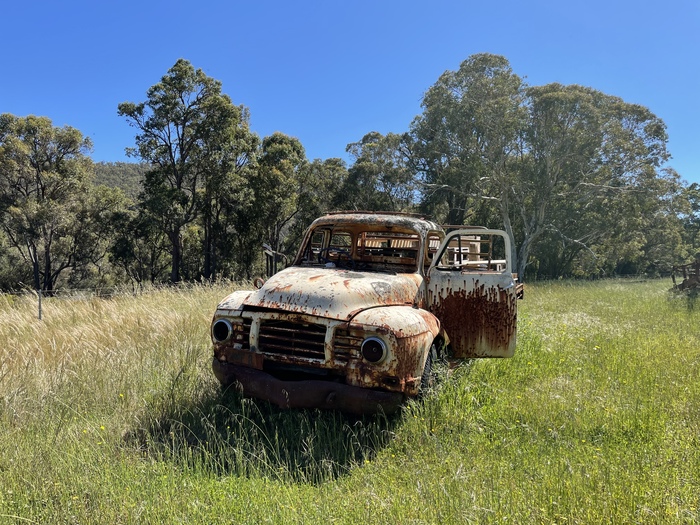 Stunning surrounding welcomed us and soon we were off to the river where according to Neville, the best trees were.

I was thoroughly warned about being watchful for wild pigs in the area and to look out for snakes.

What no one warned me about (and why should they?)  was how slippery some of the paperbark trees were. Trying to get some bark off I stepped onto a log and before I knew it, I was flat down in the dirt. Well at least it was muddy and therefore sift – so no harm was done… 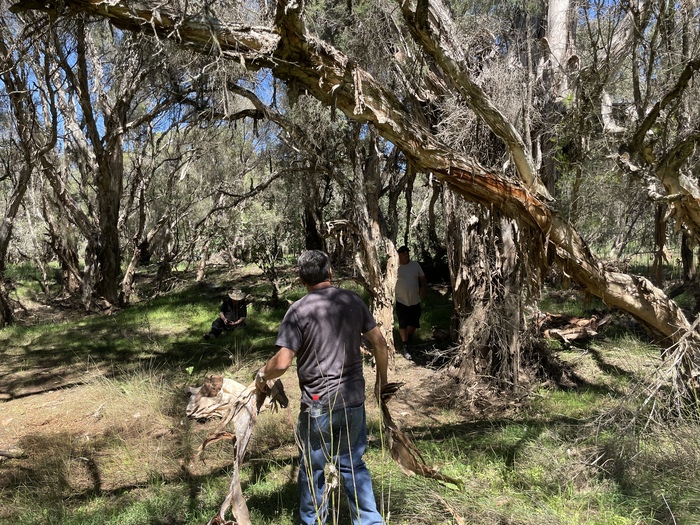 Using a saw, we cut around the tree through the soft paperbark, not deep enough to damage the trunk, but enough to get the bark off cleanly. Noongar People are very good at using what nature has to offer without destroying the source. these trees were not being damaged.

That was the same with the crafting of other items- there are many “scar trees” still around.

We can learn so much!! 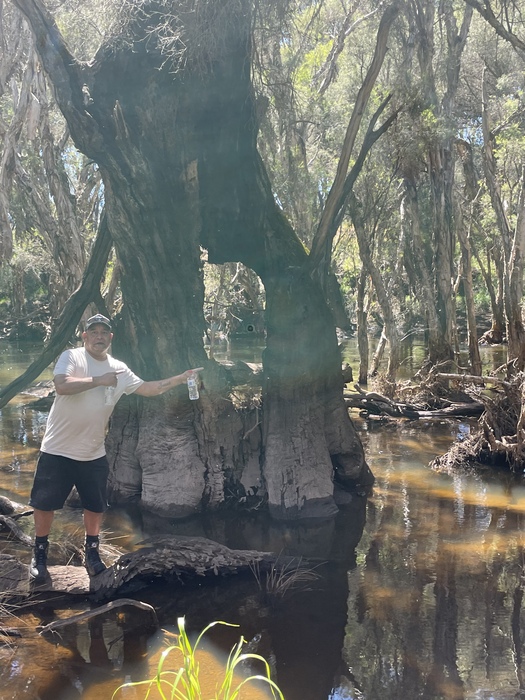 It’s not as easy as the guys made it look: My attempts produced smaller pieces, they kept ripping off.

Neville and his mob pulled them off in several metre long sheets, which I “folded” loosely.

This way they wouldn’t break off when transported. Woolsacks came in handy to drag them up to the van.

Look at the fabulous bridge: We couldn’t drive over it, and there were gaps all along- but it was sooo much fun walking across. 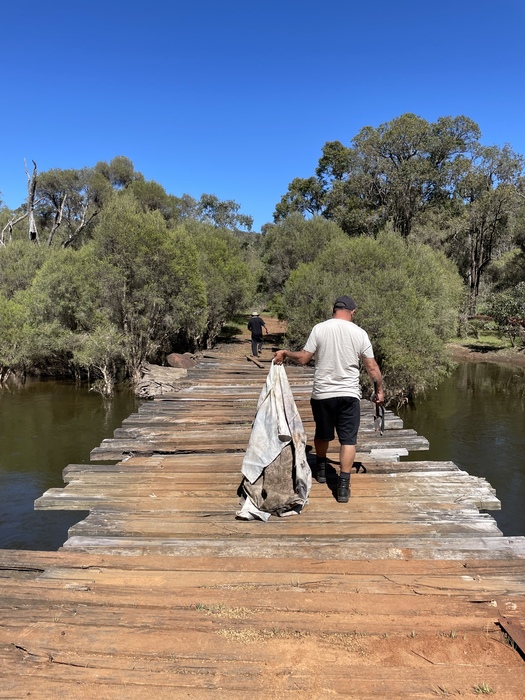 We harvested about 4 bags full of paperbark altogether which now will have to dry out. Some were really wet and quite heavy, before placed onto a frame of sticks.

To make the Mia Mia a little bit sturdier, netting will be placed over the top.

I can’t wait to see it being build and be involved hands on.

Thanks guys, it was a marvellous day out!